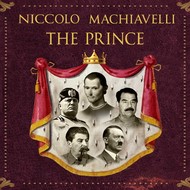 The Prince is a 16th-century political treatise by the Italian diplomat and political theorist Niccolo Machiavelli. From correspondence a version appears to have been distributed in 1513, using a Latin title, De Principatibus (Of Principalities). However, the printed version was not published until 1532, five years after Machiavelli’s death. [...]