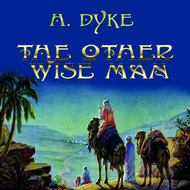 The Other Wise Man is a short novel or long short story by Henry van Dyke. It was initially published in 1895 and has been reprinted many times since then. The story is an addition and expansion of the account of the Biblical Magi, recounted in the Gospel of Matthew in the New Testament. It tells about a «„fourth“» wise man (accepting the [...]