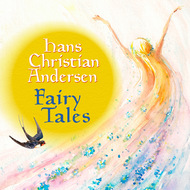 The fairy tales of Hans Christian Andersen have inspired, frightened, and amused readers since they were first published in 1835. The power of his tales to charm and elevate runs like a living thread through whatever he writes. Only a few children’s authors will be ranked among the Immortals, and Hans Andersen is without a doubt one of [...] Memoirs of a Madman or Diary of a Madman is a farcical short story by Nikolai Gogol. Along with The Overcoat and The Nose, Diary of a Madman is considered to be one of Gogol’s greatest short stories. The tale centers on the life of a minor civil servant during the repressive era of Nicholas I. Following the format of a diary, the story shows the [...]